An epidemic (from Greek ἐπί epi "upon or above" and δῆμος demos "people") is the rapid spread of infectious disease to a large number of people in a given population within a short period of time, usually two weeks or less. For example, in meningococcal infections, an attack rate in excess of 15 cases per 100,000 people for two consecutive weeks is considered an epidemic.
Epidemics of infectious disease are generally caused by several factors including a change in the ecology of the host population (e.g. increased stress or increase in the density of a vector species), a genetic change in the pathogen reservoir or the introduction of an emerging pathogen to a host population (by movement of pathogen or host). Generally, an epidemic occurs when host immunity to either an established pathogen or newly emerging novel pathogen is suddenly reduced below that found in the endemic equilibrium and the transmission threshold is exceeded.
An epidemic may be restricted to one location; however, if it spreads to other countries or continents and affects a substantial number of people, it may be termed a pandemic. The declaration of an epidemic usually requires a good understanding of a baseline rate of incidence; epidemics for certain diseases, such as influenza, are defined as reaching some defined increase in incidence above this baseline. A few cases of a very rare disease may be classified as an epidemic, while many cases of a common disease (such as the common cold) would not.

There are several changes that may occur in an infectious agent that may trigger an epidemic. These include: An epidemic disease is not required to be contagious, and the term has been applied to West Nile fever and the obesity epidemic (e.g. by the World Health Organisation), among others.
The conditions which govern the outbreak of epidemics include infected food supplies such as contaminated drinking water and the migration of populations of certain animals, such as rats or mosquitoes, which can act as disease vectors. Certain epidemics occur at certain seasons.
For example, whooping-cough occurs in spring, whereas measles produces two epidemics, one in winter and one in March. Influenza, the common cold, and other infections of the upper respiratory tract, such as sore throat, occur predominantly in the winter. There is another variation, both as regards the number of people affected and the number who die in successive epidemics: the severity of successive epidemics rises and falls over periods of five or ten years.

Download File
Microsoft founder and philanthropist Bill Gates wrote an essay published in the New England Journal of Medicine in March 2015. In the essay, Gates states that an epidemic caused by a natural disaster or bioterrorism is the most likely event that could kill 10 million or more people all at the same time.
Gates and other experts suggest that the best way to prepare for an epidemic is to have a disease surveillance system, be able to quickly dispatch emergency workers, especially local-based emergency workers, and have a legitimate way to guarantee the safety and health of health workers.
Effective preparations for a response to a pandemic are multi-layered. The first layer is a disease surveillance system. Tanzania, for example, runs a national lab that runs testing for 200 health sites and tracks the spread of infectious diseases. The next layer is the actual response to an emergency. According to U.S.-based columnist Michael Gerson, only the U.S. military and NATO have the global capability to respond to such an emergency.
Gates proposed that the world responded slowly to the Ebola virus outbreak because of a lack of preparation. Two weeks after the 2013 typhoon hit the Philippines, over 150 foreign medical teams were on the ground helping with injured victims. After the 2005 earthquake in Pakistan, a team of aid workers who had been helping Afghan refugees for several decades were able to get to the victims in less than 24 hours. Dr. Bruce Aylward, assistant director general for emergencies at the World Health Organization, says that in the case of the Ebola outbreak, "there was no way anyone could guarantee the right of medical evacuation for people affected by Ebola.” Aylward said that for future emergency health workforces, it is critical to offer a "duty of care", meaning the ability to ensure that aid workers will be taken care of in terms of health and safety.
But then came 2014. It has, in many ways, rewritten the Ebola rule book. We're in the middle of an unprecedented, nightmarish epidemic that has spread from a rural rain forest region in West Africa to large urban centers. The World Health Organization's director has called it "the greatest peacetime challenge" the world has ever faced, with the number of cases doubling each week. Now, health care officials are starting to talk about a worst-case scenario for Ebola. The World Health Organization projects that 20,000 people will be infected in November The Centers for Disease Control and Prevention,(CDC) meanwhile, projects up to 1.4 million people could be infected by January, assuming that Ebola cases continue to increase exponentially (as they have) and are currently under reported.

The Geneva-based W.H.O said in its report, which it dubbed a road map for responding to Ebola, strengthening laboratory facilities and adding staff with more expertise to help contain the outbreak of the virus. Public health infrastructure needed to be improved to cope with future treatments. The road map called for the establishment of Ebola isolation centers and burials of victims which are supervised by health care experts among other specific responses to the disease.
The W.H.O said getting health experts to regions affected by the Ebola virus outbreak was an urgent priority. That has been made difficult because international airlines, including Air France, British Airways, Emirates Airline and K.L.M airline. Have suspended flights to the four affected countries. The W.H.O program will likely cost around $490 million and require contributions from national governments, some U.N. and non-governmental agencies, and individuals as well as humanitarian organizations, As a result of the assistance which part of the public has been financially, materially and morally donated.

Although the risk of an Ebola outbreak in the United States and other part of the world is low, CDC and partners are taking precautions to prevent this from happening. CDC is working with other U.S. government agencies, the World Health Organization (WHO), and other domestic and international partners and has activated its Emergency Operations Center to help coordinate technical assistance and control activities with partners. CDC has also deployed teams of public health experts to West Africa and will continue to send experts to the affected countries.
Encounters between European explorers and populations in the rest of the world often introduced local epidemics of extraordinary virulence. Disease killed part of the native population of the Canary Islands in the 16th century (Guanches). Half the native population of Hispaniola in 1518 was killed by smallpox. Smallpox also ravaged Mexico in the 1520s, killing 150,000 in Tenochtitlán alone, including the emperor, and Peru in the 1530s, aiding the European conquerors. Measles killed a further two million Mexican natives in the 17th century. In 1618–1619, smallpox wiped out 90% of the Massachusetts Bay Native Americans. During the 1770s, smallpox killed at least 30% of the Pacific Northwest Native Americans. Smallpox epidemics in 1780–1782 and 1837–1838 brought devastation and drastic depopulation among the Plains Indians. Some believe that the death of up to 95% of the Native American population of the New World was caused by Old World diseases such as smallpox, measles, and influenza. Over the centuries, the Europeans had developed high degrees of immunity to these diseases, while the indigenous peoples had no such immunity.
Smallpox devastated the native population of Australia, killing around 50% of Indigenous Australians in the early years of British colonisation. It also killed many New Zealand Māori. As late as 1848–49, as many as 40,000 out of 150,000 Hawaiians are estimated to have died of measles, whooping cough and influenza. Introduced diseases, notably smallpox, nearly wiped out the native population of Easter Island. Measles killed over 40,000 Fijians, approximately one-third of the population, in 1875, and in the early 21st century devastated the Andamanese population. The Ainu population decreased drastically in the 19th century, due in large part to infectious diseases brought by Japanese settlers pouring into Hokkaido.
Researchers concluded that syphilis was carried from the New World to Europe after Columbus' voyages. The findings suggested Europeans could have carried the nonvenereal tropical bacteria home, where the organisms may have mutated into a more deadly form in the different conditions of Europe. The disease was more frequently fatal than it is today. Syphilis was a major killer in Europe during the Renaissance. Between 1602 and 1796, the Dutch East India Company sent almost a million Europeans to work in Asia. Ultimately, only less than one-third made their way back to Europe. The majority died of diseases. Disease killed more British soldiers in India and South Africa than war.
As early as 1803, the Spanish Crown organized a mission (the Balmis expedition) to transport the smallpox vaccine to the Spanish colonies, and establish mass vaccination programs there. By 1832, the federal government of the United States established a smallpox vaccination program for Native Americans. From the beginning of the 20th century onwards, the elimination or control of disease in tropical countries became a driving force for all colonial powers. The sleeping sickness epidemic in Africa was arrested due to mobile teams systematically screening millions of people at risk. In the 20th century, the world saw the biggest increase in its population in human history due to lessening of the mortality rate in many countries due to medical advances. The world population has grown from 1.6 billion in 1900 to an estimated 7.8 billion today.
Click to see a Doctor now 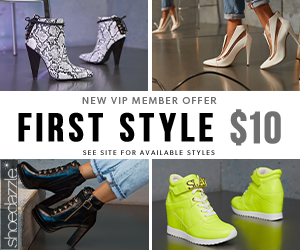